Download the Minecraft Amusement park Map: Unwind having fun in different places and rides all available in Minecraft PE.

What is a Minecraft Amusement park Map?

An amusement park is definitely one of the best places to have fun with your friends. Thrilling rides like rollercoasters, merry-go-rounds, pirate ships, carousels, and much more waiting for you to explore. If you love horror then haunted houses are also in those parks. No wonder people love to unwind there. 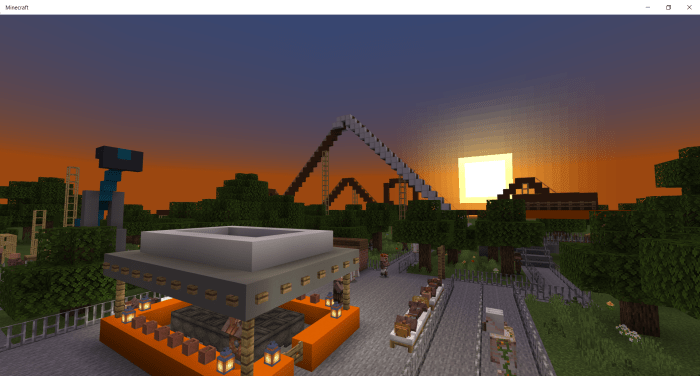 The Fun-loving Minecraft community decided to make their amusement parks in the game. Some creators have built large amusement park maps. These maps feature so many fun rides like roller coasters, houses of mirrors, the cave of horror, shooting galleries, and much more. So many possibilities to enjoy all in Minecraft PE.

Notchland park Map for Minecraft PE is an enormous structure, having so much that will just give you an awesome experience. This map could cause some lags due to its gigantic size.  To prevent the lag, you should set distance rendering accordingly. 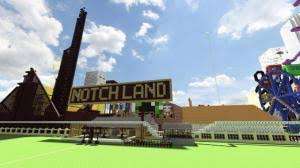 Minecraft Amusement park Map is a gift from a father to his daughter and took whooping 8 months to build. Firstly, this map was exclusively for Xbox 360 then eventually, due to its popularity it was also released on Free Minecraft PE v1.1.

On this Minecraft PE, you can find so many fun places built and designed very carefully. With its more than thrilling places this map is one of a kind. Nothing about the map locations is dull and fun is unlimited. On this Free Minecraft PE Castle Map famous amusement parks places like 13 classic roller coasters, arcade machines, pixel art, and even some fun and thrilling sixty-plus mini-games.

Even though this MCPE map has structures has no functionality, still it is an absolute delight to look at and explore. Besides, everything is even more exciting and fun with friends. So, use the multiplayer feature and have fun enjoying the company of your friends.

Disney center Map for Minecraft PE brings recreation of Disney’s magic kingdom. Visuals and places will give you a feeling of the real one. This Minecraft Amusement park Map has a huge structure. So, there will be so much to explore. 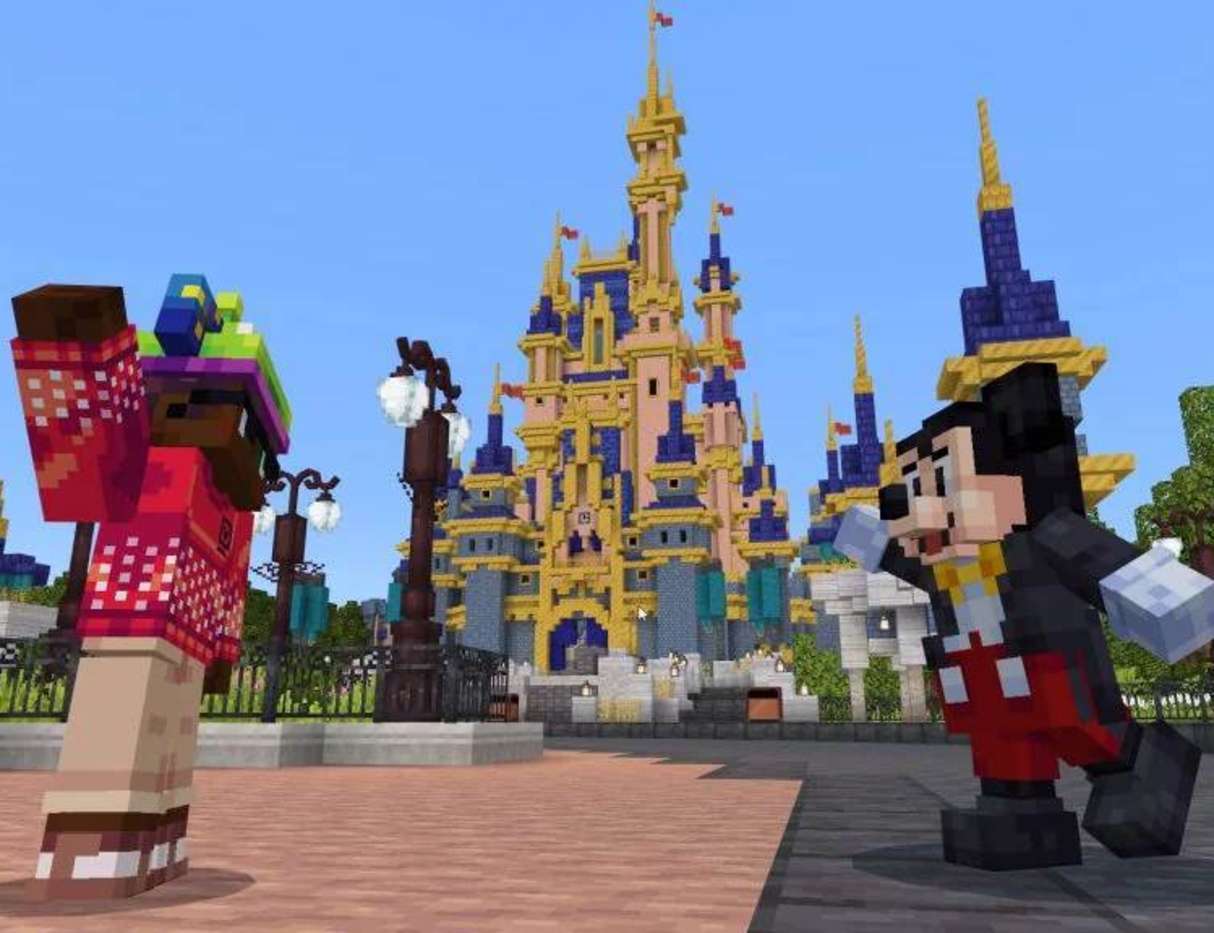 On this Minecraft PE map, you will get twenty plus magical rides and attractions that will mesmerize you. most exciting thing is that you will meet your favorite character from Disney movies. This map will be even more exciting and fun with your buddies.